Bold Ask: You Should Ignore the Impulse to be Courteous 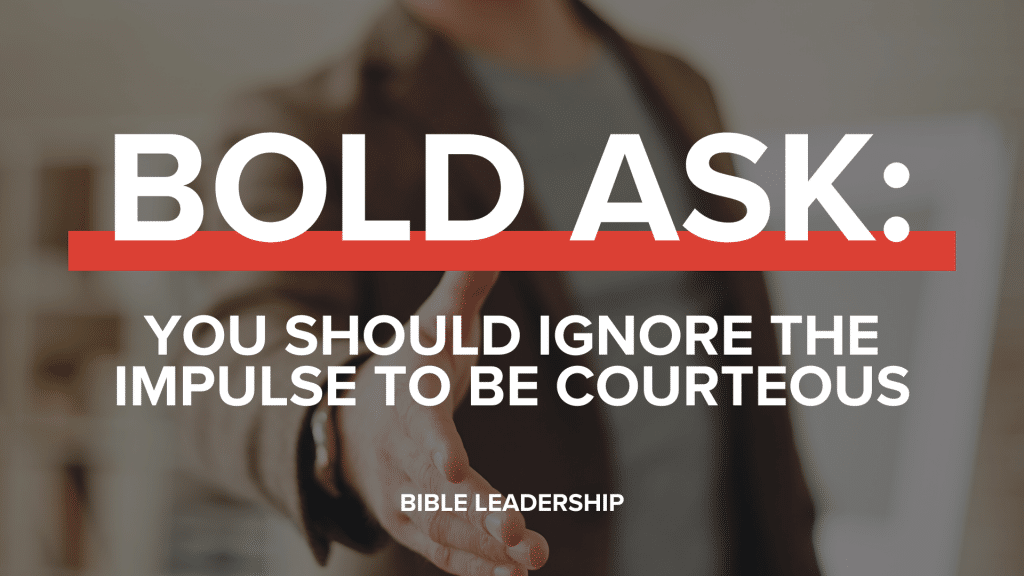 Bold Ask: You Should Ignore the Impulse to Be Courteous

Failure to ask is often TIMIDITY wrapped in the guise of COURTESY.

Leaders intentionally ignore that impulse most of the time.

When Jesus said, “Ask”, He wasn’t limiting this to prayer. Because the only thing that wins for a leader is to move the team forward, they ignore impulses that would slow down progress.

If you’re going to be an effective leader, get used to asking for things that others wouldn’t have the courage to ask for.

Here are three places you should be asking for things:

God has declared that He is not reluctant to give such things (see James 1:5), and we are hamstringing ourselves if we don’t ask Him for what He has already offered us.

In the words of F.B. Meyer, “The greatest tragedy of life is not unanswered prayer, but unoffered prayer.”

God is never reluctant to give guidance provided that intimacy with Him remains the most important thing we’re seeking.

2. ASK others for Favors, for Time and for Opportunities.

Indirectness shuts down all kinds of kingdom solutions from ever happening (not to mention what it can cost us relationally).

Leaders know that while it is the Lord who raises up one and brings another down (see Psalms 75:7), He often uses PEOPLE to open doors of opportunity, connection, and advantage for us.

Elisha didn’t ONLY ask God for things, he asked other people for things with unflinching persistence. Most notably, when he asked Elijah for a double portion of his spirit, he was asking big and asked a lot (DOUBLE what Elijah himself had walked in).

3. ASK your team for Information, Excellence, and Feedback.

Under-challenging the people on your team is NOT a compliment to them. A vote of no-confidence that they’re capable of anything beyond mediocre is hardly flattering.

Related Post: Building Your Confidence to Take the Shot 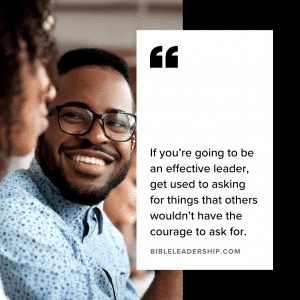 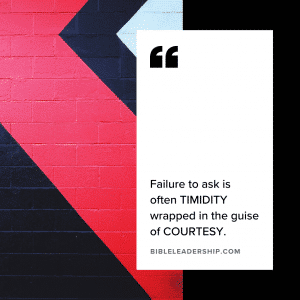 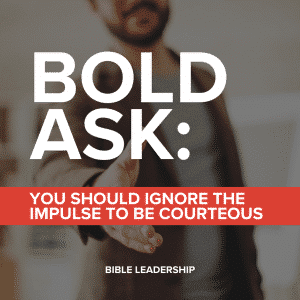