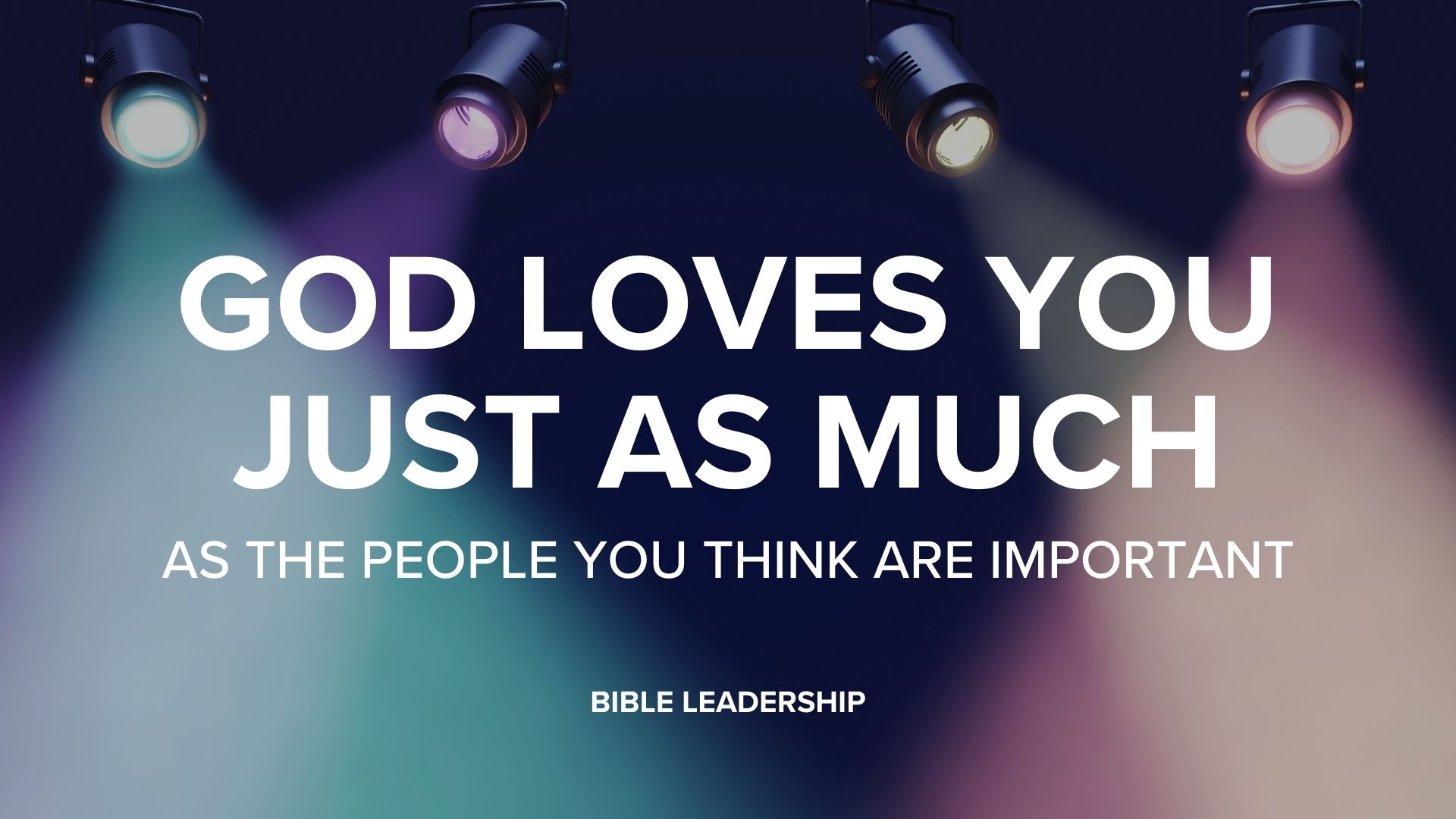 God has no favorites.

It can be tempting to believe that the success or influence of people we see around us or from a distance is evidence that God prefers them over us, but He doesn’t.

For at least the first six years of my walk with Jesus, I always felt like I had to KEEP his favor. As I looked at other, more mature or influential Christians, I had a strange thought that somehow they had more of God’s blessing than I did.

But I gave myself to the study of the Scriptures, especially the book of Galatians. As I lingered in a two-month investigation of that book, something was healed in me. And since then,  that healing has been a permanent fixture in how I’ve related to God.

I know that I have God’s COMPLETE love and favor because of Jesus’ sacrifice on the cross.

It’s not coming off, it’s not going anywhere, and I don’t only have a little of it. Every Christian who has been made right with God through Christ has ALL OF IT.

When Paul finally met some of the more influential Christian leaders when he went to Jerusalem (see Galatians 2), he already had a vibrant understanding of the gospel.

Here is what he records about engaging some of the apostolic heroes of the early church:

“By the way, their reputation as great leaders made no difference to me, for God has no favorites.” (Galatians 2:6, NLT)

Because He is wonderfully merciful, God often gives us faithful models in other Christians.

We should learn to imitate their faith and godly character, but we shouldn’t believe that their platform or earthy power makes them ‘first-class’ Christians while we remain ‘second class’ citizens of the kingdom.

Here are two essential truths we need to recall when we slip back into thinking God has favorites:

1. God Doesn’t Prefer Others Over You

Assuming that some Christian rockstars are on better terms with God just doesn’t make any Bible-sense and often betrays a poor understanding of the Gospel.

Even the most influential and inspirational Christians who have ever lived didn’t have an acceptable bio to present to the Father on their own.

To be acceptable to God at all, they were given the gift of the righteousness of God in Christ (See 2 Corinthians 5:21).

Is there anyone you need to stop idolizing for their influence or accomplishments?

Honor people, but don’t believe the lie that God prefers to them. He may even use them more than you, but that doesn’t mean He loves them more.

Want to hear some phenomenal news?

Jesus loves you the way the Father loves Him.

Wow. What kind of power would we have on earth if we walked in that confidence?

Some of us, maybe because of a problematic relationship with our earthly father or father figure, believe that Jesus has to CONVINCE the heavenly Father to have mercy on us – that’s the only reason He likes us.

But that couldn’t be further from the truth.

It was because of LOVE for you that the Father sent Jesus to rescue you because you could not do it yourself.

He wasn’t reluctant. He was in love.

Listen to Jesus Himself say it:

The Father doesn’t need Jesus to talk Him into anything. He Himself loves you.

Every Christian, the great and the small, the impressive and the nominal, are equally loved and adored by the Father.

Or maybe a positive way to say the same thing:

We’re all His favorite.

I am so thankful for your unconditional love and acceptance. Thank you for loving all of your children in equal measure. Help me to avoid idolizing others or coveting their influence. Please help me to resist the lie that You prefer others over me or vice versa.  Lord, I ask you to help me keep myself pure, humble, and ready to serve you in any way you ask me to. 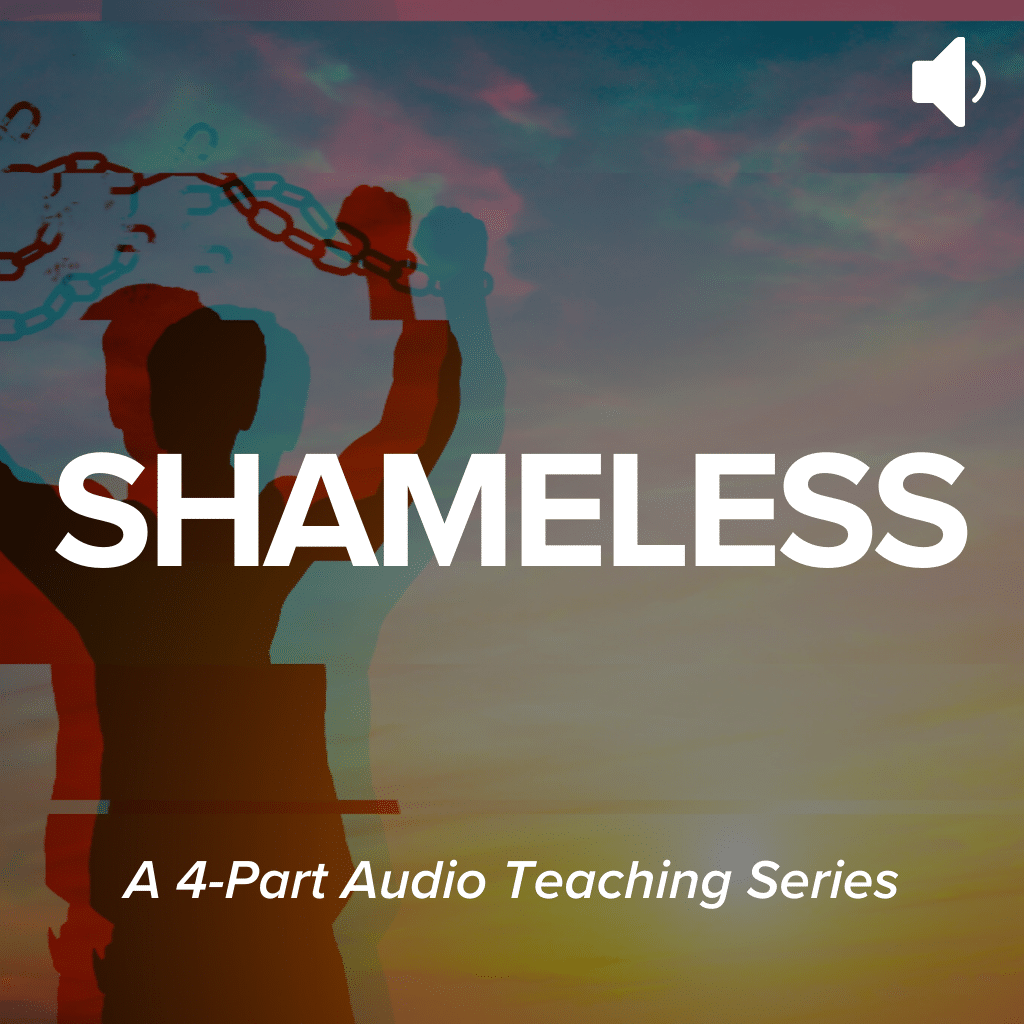 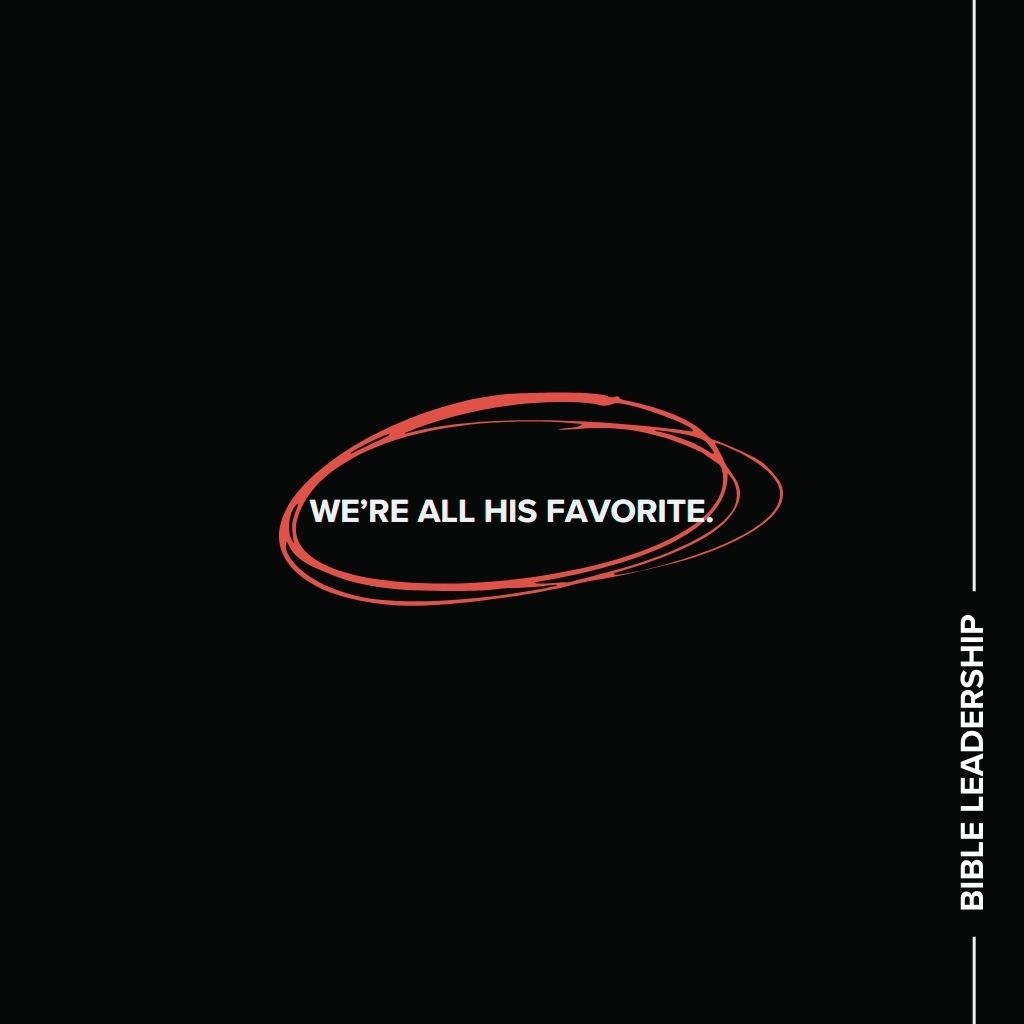 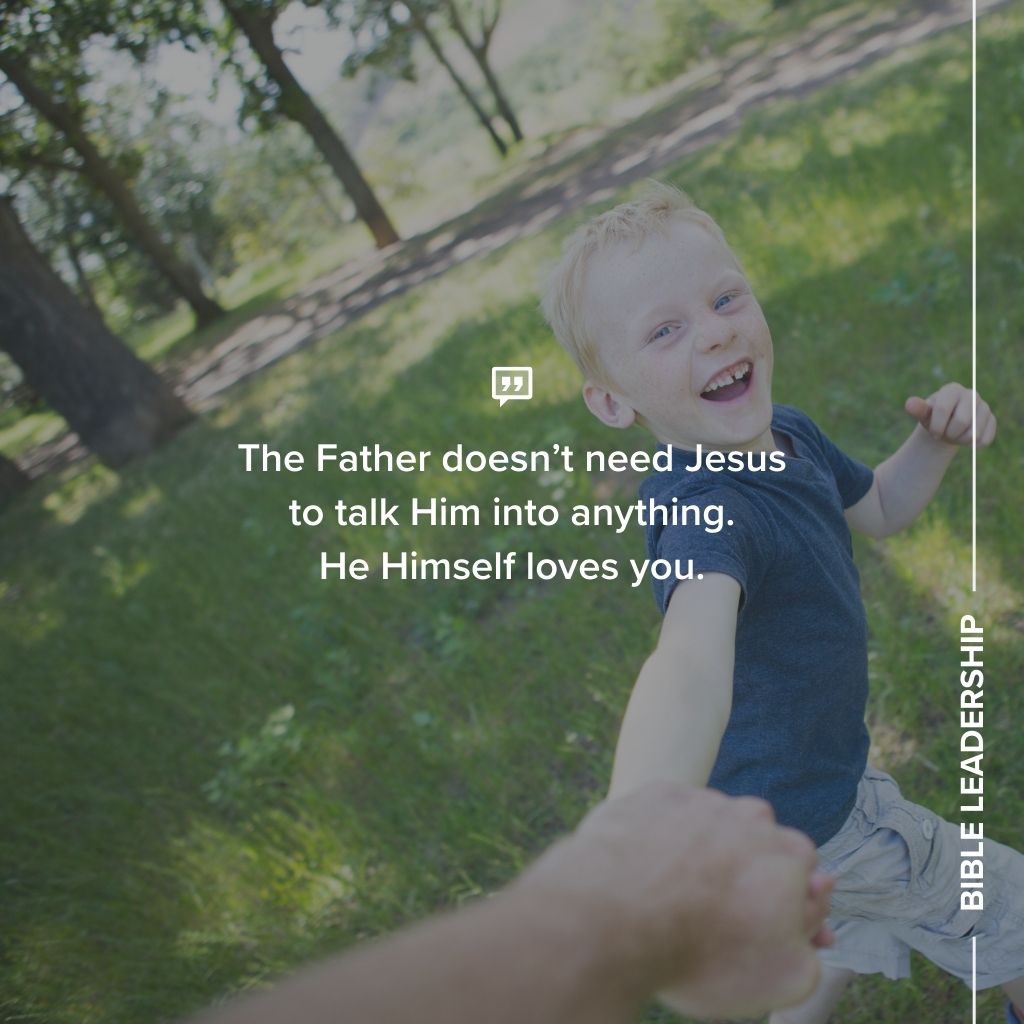 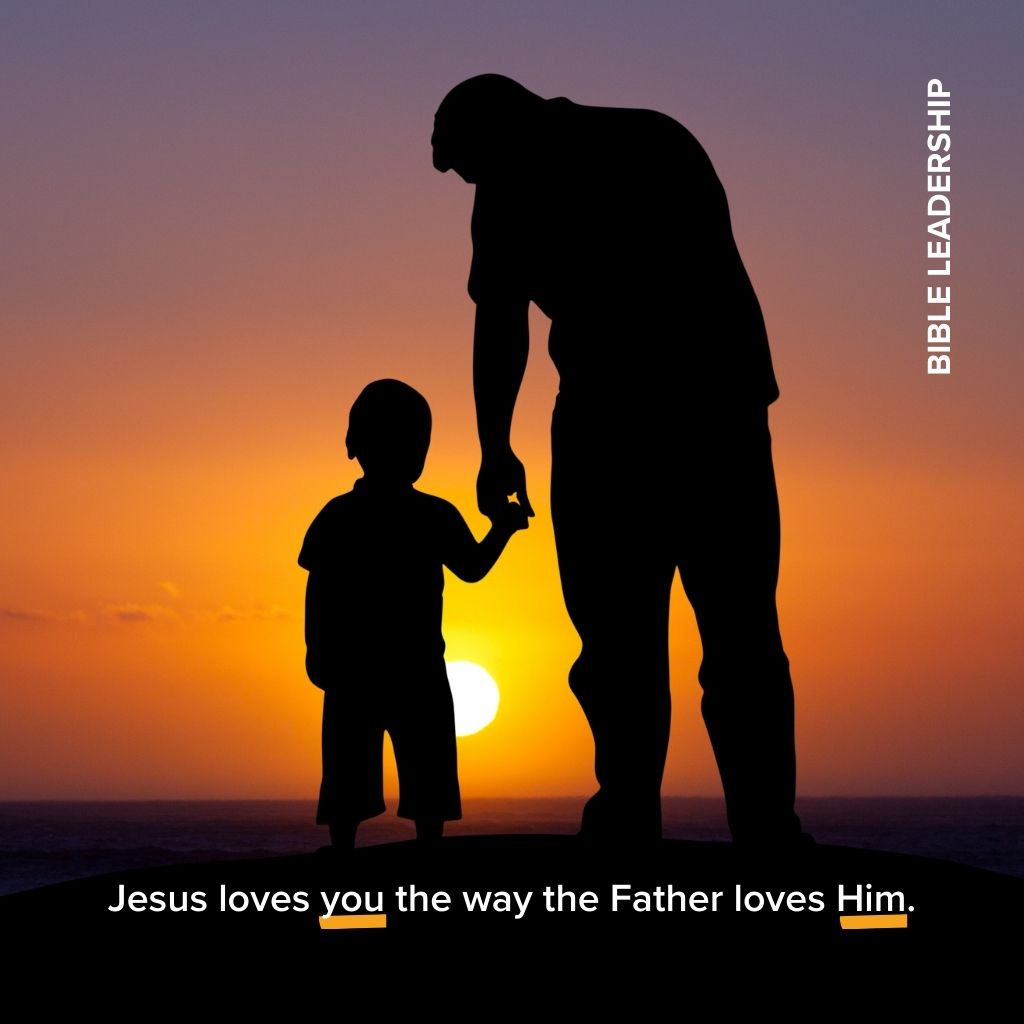