If People Gave Like You, Would Their Blessing Increase? 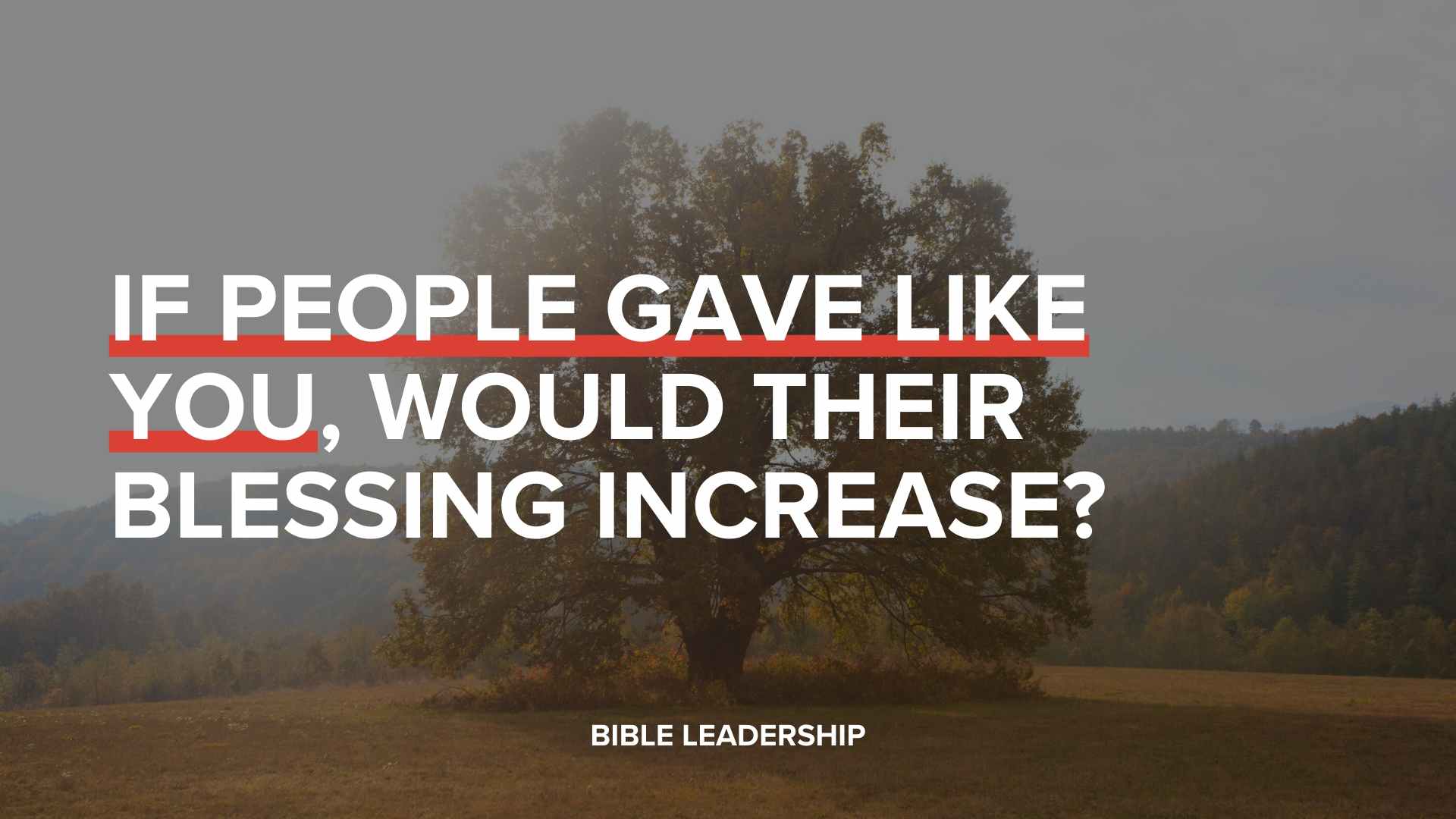 If People Gave Like You, Would Their Blessing Increase?

In a 2017 study, the Barna group found notable differences in what they termed Christians who are Givers and Keepers.

We are all tempted to be “keepers” instead of “givers”.

Part of the problem is that we let ourselves off the hook too easily.

Consider Jesus’ response to a woman who gave all she had.

Jesus looked round and saw rich people dropping their gifts in the temple treasury, and he also saw a very poor widow dropping in two little copper coins. He said, “I tell you that this poor widow put in more than all the others. For the others offered their gifts from what they had to spare of their riches; but she, poor as she is, gave all she had to live on.” Luke 21:1–4, TEV

While some of us may be tempted to avert our eyes, Jesus literally stood there and evaluated how much people are putting into the temple treasury. He was neither embarrassed or apologetic about it.

Jesus watched as the woman gave away her last penny.

He didn’t think to Himself, “Man! Maybe I shouldn’t just stand here and let her do this. After all, it IS all she has to live on.”

He didn’t say, “Can I really expect THAT much from this woman? Maybe I’ll step in and tell her God sees her heart.”

Instead, He rejoiced at her sacrifice and even remarked out loud about it.

The one who watches over the widow (Psalms 68:5) didn’t restrain her sacrifice.

Jesus could see that her reward would far outweigh her offering. He truly believed she was accessing the higher blessing by approving of her sacrifice.

Years later, Jesus’ half brother James would pen these words,

Show me how anyone can have faith without actions. I will show you my faith by my actions. James 2:18, TEV

Sacrifice has always been a sign of being in the covenant community.

From the nation of Israel’s very beginning, genuine sacrifice as a gift to God was a part of what identified one as part of God’s people (see Leviticus 1-9).

The lesson for us?

If you’re really in fellowship with Jesus, it should show up in an increasingly generous nature.

Two questions to ask ourselves about generosity:

1. Am I being disciplined with generosity?

A common feature in the GIVERS category of the Barna study is that they were relentlessly disciplined about sacrificing their money (not just talent or time).

Being generous from time to time is different than asking what we can go without in Jesus’ name.  Just as physical exercise will create a very different result in an occasional visitor than a consistent regular of the gym, so occasional sacrifice will produce different results than deliberate and willful generosity.

Is your generosity ad-hoc or intentional?

2. If the people in my sphere of influence mimicked my personal generosity level, would the prosperity on their life increase?

We tend to do what we see our leaders DO, no matter what they SAY.  As a leader, you want godly character to rub-off on those around you.

Are you modeling generosity for those who are watching?

Lord, I don’t want to be a “maybe” giver. I want to be ADVANCING in all aspects of Your character, including sacrifice and surrender of the money my heart would cling to. Teach me to believe that the path to my most abundant life is the one that embraces intentional and disciplined sacrifice.