Did God Forget His Promise to You? 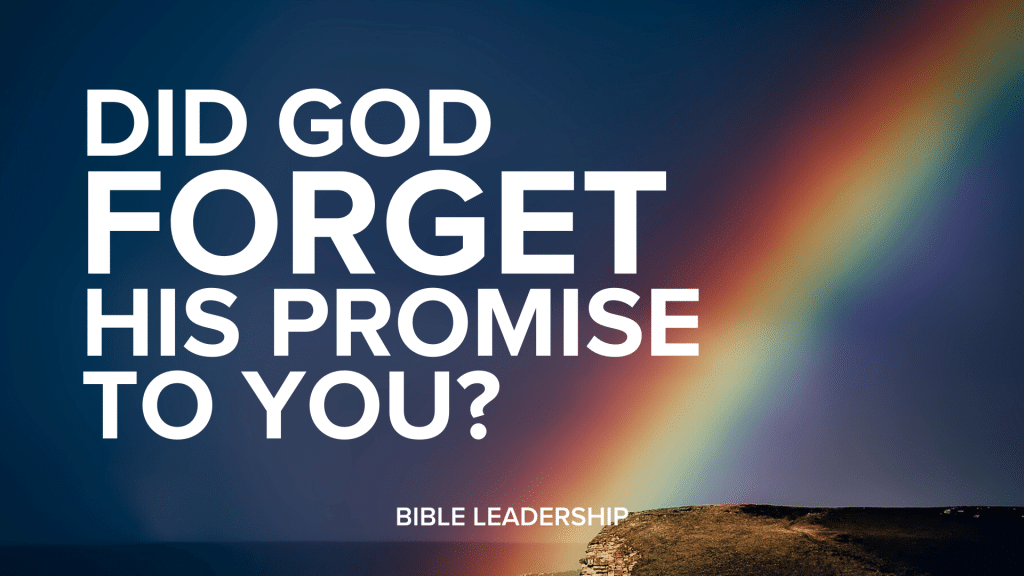 Did God Forget His Promise to You?

David was just a boy when the prophet anointed him to be the future king of Israel. The spectacle of having the great Samuel pour oil over his head in front of his family must have created some mind-blowing expectations in the boy (1 Samuel 16:13).

But then the prophet went home. And for the foreseeable future, little David would go right back out into the field he was brought in from. In that he would not become king until he was thirty (2 Samuel 5:4), it may have been as much as 20 years before the prophecy came true.

Contentment is SUPERPOWER in the presence of such weighty dreams. Even so, contentment cannot be downloaded – it is formed by letting go of God’s timetable, minute by minute.

What do we do when God’s timing seems VERY SLOW in coming?

1. Let the time make you BETTER.

It was the shepherd’s HEART that caused the Lord to promote David to king of Israel (1 Samuel 13:14), but it was his EXPERIENCE with the lion and the bear (see 1 Samuel 17:34) that caused Saul to give him a chance to fight Goliath (the mechanism of his promotion).

It is during the wintery seasons of waiting that there is opportunity to sharpen your skill and competency in the few things you want to KILL IT at later.

“Do you see any truly competent workers? They will serve kings rather than working for ordinary people.” (Proverbs 22:29, NLT)

2. Let the time make you BROADER.

Although David was an experienced shepherd when Saul discovered him, he had yet to embrace the military life of a soldier. His next few years of training in Saul’s army would be crucial for his rise to kingship later on.

There is more to leadership than the things you LOVE to do.

Sometimes we’re not accelerating as fast as we’d hoped because other priorities deserve and require more attention and excellence. You know a lot about your favorite things, but could it be that God is slowing you down to:

I wouldn’t want to overwhelm you unnecessarily. Even so, sometimes there are appointments on God’s agenda that are QUITE A WAYS from where we are on the timeline right now.

The time is going to pass anyway. You might as well do all this particular season allows to improve WHO you’ll be in the future.

3. Let the time make you CLOSER to Jesus.

The consolation of Jesus’s presence is better than anything that is coming.

What if you were to spend this time learning to enjoy Him as your highest and greatest reward? If we don’t learn this here, we definitely won’t make room for it later, when there is even more in life to distract us.

You will do what You want to do at the perfect time. In the season I am in, help me not to waste precious opportunities. Grant me wisdom to embrace both the inner work and outer work that needs to be done in my life. Give me the spiritual courage to wait with a great attitude and help me to use this time to know your heart as deeply as possible. I trust you that waiting time will not be wasted time.

Want to go deeper? Pick up the Power of a Focused Life series at the BibleLeadership.com store. 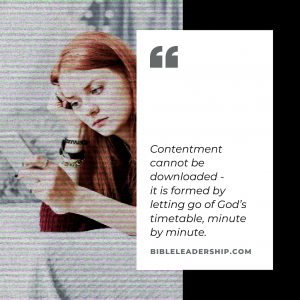 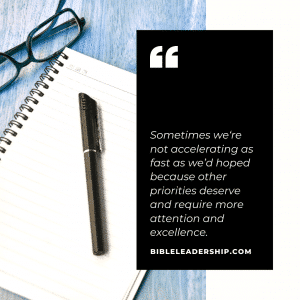 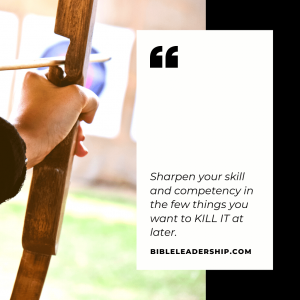